The term “Foley” derives from a significant figure named Jack Foley, the first contributor to sound effects in film. Sound effects in live radio broadcasting were the initial awakenings of foley, to which Jack Foley contributed. Rather than using a phonograph (which was unreliable), radio stations would hire people to make those sounds on cue. Jack brought this method to the film industry, which is still widely used today.

The Role of a Foley Artist

A character’s footsteps, an office worker typing on their keyboard, a superhero’s cape blowing in the wind, the foley artist produces all these everyday sounds and more. They are responsible for generating these sounds in post-production using a plethora of sound sources.

The process begins with a spotting session. The film director, sound editor, music editor, and foley artists come together to decide what foley effects are required. This number can be very high, in the thousands depending on the scale of the project. It’s then left to the foley artists to explore objects and surfaces to generate those sounds.

Foley can be summed up into three categories: Feet, Movement and Specifics.

Feet involve the sound of footsteps. Foley artistry has created methods of making footsteps in any given environment that sound pretty accurate. Different types of shoes are collected, as well as using other surfaces to help create a particular sound environment.

Movement involves much more subtle sounds. This could be from two people passing each other. Foley would recreate this sound of movement to enhance the scene further.

Specifics are sounds that aren’t footsteps or movements. These include door creaks, car door slams or an alarm.

All activities take place in a studio space that’s filled with props. The team usually consists of two foley artists and a mixer. They would break down scenes in a recording session and figure out what sounds to record. Much of the process is trial and error and improvising on the spot to find that perfect matching sound. Here are a few examples of foley production.

The video below, featuring foley artists Alison Moore, Chris Moriana and mixer Mary Jo Lang shows the behind-the-scenes of foley and offers a variety of methods to create specific sound effects. One, in particular, that was interesting was the sound of horse hooves. They used two plungers and stuffed them with cloths. Secured with tape and tapped on a bed of sand, there you have it! The sound of horses galloping! Abandoning the visual element of an object and purely focusing on the sound production is what makes the art of foley.

While the objects are a vital component, the surfaces with which they are in contact also are very important. Foley artist Marko Costanzo discusses choosing objects for horse gallops more in-depth. He uses rocks instead of coconut shells; as he states, you can hear more of the impact of the horse.

When using the coconut shells on dirt, there’s no weight. The rocks give a more impactful sound. Marko Costanzo also explores how he created sounds for animated animals and how he had to be creative in producing the sounds of a mammoth’s footsteps.

Fight scenes are another activity that contributes to foley. This includes the sound of punches, kicks or even bones cracking! Fight scenes are generally boisterous environments and not just from the punches. The sound of broken glass or objects thrown against a wall contribute to the audio within the scene. All these sounds are generated using foley. Shaun Brennen shows how he uses his own body to create these sounds. He puts on leather gloves for an “extra thud to a punch”.

So let’s distinguish the differences between foley and sound effects and sound design. Foley is a technique for making sound effects. Sound effects are the result of the foley, but also the artificially created sounds. These involve unfamiliar sounds like lasers.

Sound Design is the process of recording, developing and producing audio for TV and film. Sound designers would manipulate recorded or composed audio (including music and sound effects) to create a soundscape. Audio plug-ins that use samplers and synthesizers are the tools sound designers use daily. This is all done through digital sound processing using a Digital Audio Workstation.

The most essential skill for a foley artist is their listening abilities. They may spend a lot of time exploring a lot of sounds from just hitting objects! Getting creative and thinking outside the box are other excellent skills to have in foley artistry. Becoming more aware of sounds, in turn, helps the production process. The role additionally involves you creating these sound effects in sync with the on-screen movements. This requires attention to detail but also patience!

So you have the listening skills, let’s not forget the technology. As part of a foley team, a mixer is required to simulate the generated sound perfectly. The mixer will need to have experience in sound engineering and be able to know their way around basic parameters in audio editing. For example, identifying when a sound is clipping (when the signal is too loud) can hinder the sound effect. Furthermore, having a good sense of sonic depth and acoustics will help the recording process. Making sure the room is as quiet as possible to avoid noise-related issues will make the sound recording much cleaner.

A good knowledge of microphones is needed for both the foley artists and mixers. To get the best out of the sound, having a microphone that can pick up the sound to its full potential can make or break the foley. Any hyper-cardioid condenser microphone is a good recommendation due to its sensitivity. It can pick up more subtle sounds to aid the realism of the footage.

The Neumann KM184 has a full-frequency response, which is excellent for foley. For more impactful and louder sounds, a dynamic and robust mic. The Shure SM57 is a perfect choice due to its high SPL level. Having both a condenser mic and a dynamic mic go hand in hand, from recording the more subtle to the more explosive sounds.

There isn’t necessarily a formal educational requirement for foley. However, a background in music technology, film studies or sound engineering would be an advantage. These courses will give you the necessary skills to carry out foley activities.

However, apprenticeships are available in foley which is a great way to gain experience. Most foley artists start as apprentices. Furthermore, some foley work requires you to relocate to areas where TV and film are predominantly based.

The salary of a foley artist depends on several factors. The first of them is the scale of the project. If you are working on a smaller production like an indie film, the salary will be smaller due to a smaller budget. The bigger the overall budget, the more you get paid. The field of foley can be competitive, so working on multiple projects will also be an obstacle.

Though the type of production will still affect the overall rate, a Foley Artist can make approximately $400-450 per day on a union project.In comparison, a non-union Foley Artist might make $200 a day. It all depends on what the Foley Artists themselves can negotiate for their daily rate on that project.

The overall career path of a foley artist is not as straightforward as you may think. However, this can be good news as this leaves a lot of options and different pathways to go down. Some foley artists may not always go straight into this, but instead, look for the experience that will help along the way.

This could be working as a production assistant or something that involves working in the sound editing department. More importantly, making those contacts with accomplished foley artists will be an advantage. There is no harm in asking someone about their journey or any advice they could give to an aspiring foley artist. Everyone has to start somewhere!

With today’s fast and advancing technology, there’s always a question of whether foley is here to stick around. The short answer is: yes! Filmmakers depend on Automatic Dialogue Replacement (ADR), which is very similar to foley, but with dialogue. Films would cease to exist without them as the sound production wouldn’t be of decent quality.

While there is a massive advancement in capture technology, with Virtual Reality and three-dimensional audio (ambisonics), electronically-generated sounds won’t be able to capture those subtle sounds of footsteps in the snow. Foley artists are still very much needed in the film and TV industry.

About the Author Zoe Sones 4 posts
Zoe Sones is a UK-based composer who focuses on acoustic contemporary classical and ambient electronic composition. In her works, she explores an array of textures and timbres of both instruments and nature’s very own sounds. She enjoys creating haunting electronic drones, writing harmonically rich and serene chords, while also being a bedroom DJ.
soneszoe@gmail.com
Prev
Sarah Schachner: Composing for Game and Film 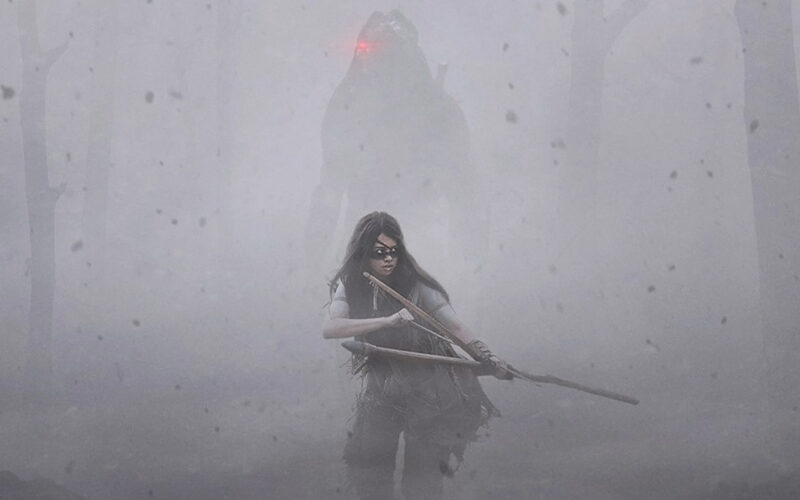 Next
What’s the Difference Between Aputure and Amaran? 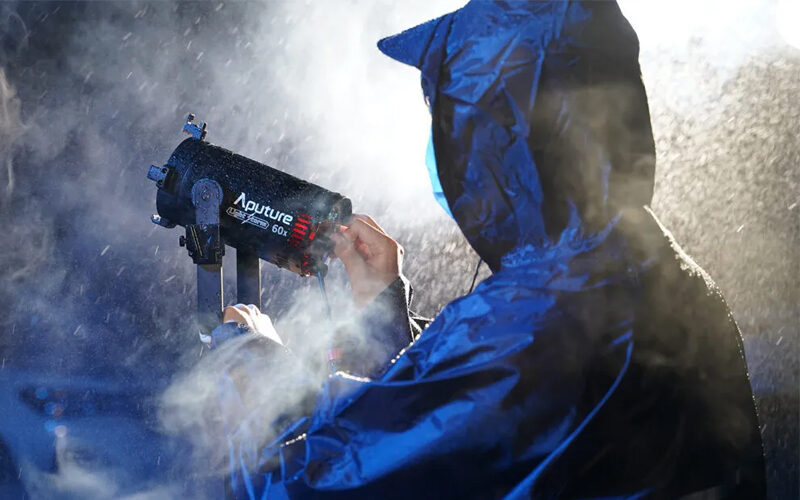 What’s the Difference Between Aputure and Amaran? 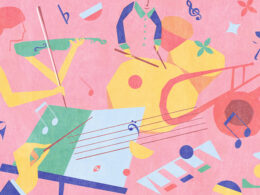 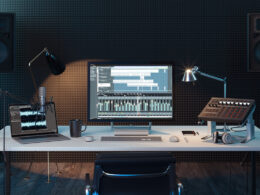 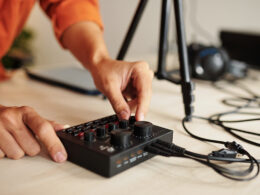 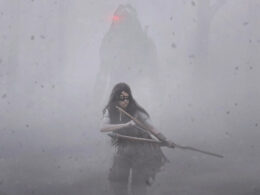