Looking for creative inspiration beyond your film soundtrack collection? Check out this list of horror video game classics, and you might just conjure that perfect horror scene.
byKyle Close
5 minute read
Total
0
Shares
0
0
0

Are you looking for creative inspiration beyond your film soundtrack collection? Check out this list of horror video game classics, and you might conjure that perfect horror scene.

Often you remember a game by its story, the gameplay mechanics, and the characters, but depending on the genre, the music and sounds within the game can leave a longer impression. Today we will get stuck into some songs and soundtracks within horror-themed games that could help inspire your next horror short film.

Created by Capcom, the second installment in the Resident Evil franchise was released in 1998 and was a smash hit in developing and continuing the story of the outbreak of a virus designed by the Umbrella Corporation. The first game scared me as a child, with its location being a creepy mansion in the middle of nowhere, visually scary zombies, and other nasties that emphasized the act of survival with limited ammunition and weapons.

The second game had a bigger budget due to Resident Evil’s success. As a result, the game and designers, Shinji Mikami and Hideki Kamiya, moved the game to a new location; Racoon City. Composer Shusaku Uchiyama had to capture this new location and problems for Claire and Leon (the protagonists) with some drawn-out but haunting music and sounds.

Trained as a pianist, Uchiyama incorporated his skills into this wonderfully crafted soundtrack with lengthy strung-out low synths, slow and melodic piano, and the occasional string piece. Tension is constantly built and lost, making you, the player,r feels uneasy throughout the game.

One of my first entries into PC gaming was the original Diablo in 1997; Blizzard created this demonic action RPG. The soundtrack, composed by Matt Uelmen, is hugely nostalgic for any PC gamers who played this excellent story-driven RPG.

With a remaster of the original game coming very soon in fall 2022, Dead Space is the grand master of action horror games. It’s a thrill ride of frights, jumps, and the dreaded feeling of knowing there is no escape; nowhere is safe on the USG Ishimura. Jason Graves composed an extraordinary and haunting soundtrack that constantly makes you feel unsafe while listening.

The soundtrack has a wide soundstage of orchestral sounds, making the feeling of being alone in space not only epic but terrifying. During the game, you have to fight for your survival bumping into alien-like humanoid creatures called necromorphs which come in all disgusting shapes and sizes.

Besides the orchestral pieces, the synth tracks such as “Entering Zero-G” are truly haunting for me with their space-like unknown vibes that genuinely make you feel lost in space.

If not one of my favorite game franchises of all time, the BioShock series is video game writing at its finest. Focusing on the first game set in a giant underwater city called Rapture, the story written by Kevin Lavine is one of a kind.

Regarding the soundtrack, Garry Schyman has taken the location of this underwater desolate broken city and made it a phenomenal soundtrack incorporating 1940’s themed music alongside this feeling of heart-breaking sad ambiance.

A sleeper hit within the horror video game community, Condemned doesn’t get the recognition it should. Condemned: Criminal Origins was released on day one of Microsoft’s second-ever console, the Xbox 360.

Condemned: Criminal Origins is set within a fictional American metro city, and you control Ethan Thomas, an FBI agent. Your mission? Traverse the city to find out who framed you for murder. The game takes you through the town’s dirty seedier sides, looking for evidence and fighting off the town’s violent psychos, who are strangely driven by a mysterious and unusual force.

Though an official soundtrack has never been released for the game, fans have created their collection of music, sounds, and effects showing their love for the franchise on YouTube. Composed by Nathan Grigg, the sounds and music showcase the grittiness, raw and terrifying sounds of subway tunnels, abandoned warehouses, and broken desolate housing blocks with dangerous levels of ambient sounds, frantic buzzing city police sirens in the distance and unwanted psychotic friends trying to hunt you down.

Check out the Fan-made OST by Jack Price on Youtube

The Dark Souls franchise is known for its challenging gameplay, rich lore, distinctive locations, and unique bosses. Developed by From Software, the series and spin-offs such as Bloodborne is a haven for soundtrack nerds.

Today we will focus on Bloodborne, the PlayStation exclusive released on the PS4 in March 2015; this spin-off is the darkest and most grotesque game produced by the Japanese developers.

From Software knows how to produce music that sets the tone well, and with bloodborne, this is no different. Though it isn’t as scary as others on this list, the grand spectacle of music played when meeting up with one of the bosses or running around Yharnam can ignite the creative sparks you may be looking for.

With the concepts of loss, introspection, and reflection, as well as the thought of isolation and despair, Silent Hill 2 is a perfect example of psychological horror executed well. The game asks you to look at yourself and decide what fate you deserve throughout the story. Silent Hill never distresses you; it gives you the tools to do it yourself.

Akira Yamaoka composed a perfect soundtrack that ties into every aspect of the game, giving us a mix of emotions from scary, disturbing, sad, peaceful, and relaxed. Even if you don’t play video games, this soundtrack is an artistic masterpiece making you go deep into your consciousness and question your own emotions and fears you keep locked up.

Inspiration can come from anything, from life events to consuming different media types. Horror is a vast genre within film and television with so many subgenres; there is something for everyone.

With video games, it’s slightly more challenging to stand out from the crowd and offer something memorable with experiences of uncertainty, making the audience question their surroundings and choices. Hopefully, these suggestions will help you create or discover the right music for your scene/short.

About the Author Kyle Close 4 posts
Kai hails from the seaside town of Barry, South Wales in the UK. Lover of all things retro from cameras, video games, and British 90s television shows. Previously worked with brand projects from Panasonic, Nvidia, and Abbey Road Studios.
kaiphoenixx@gmail.com
Prev
What is ASMR and How Can You Make It? 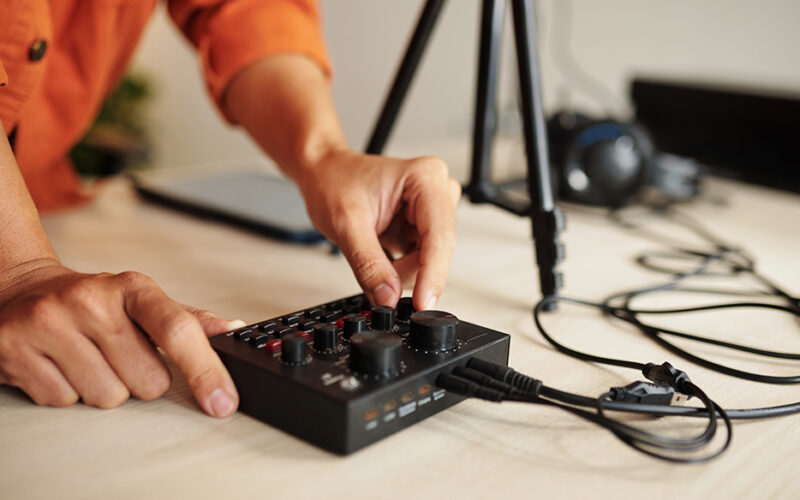 Next
The Best Black Friday Filmmaking Deals On Amazon UK 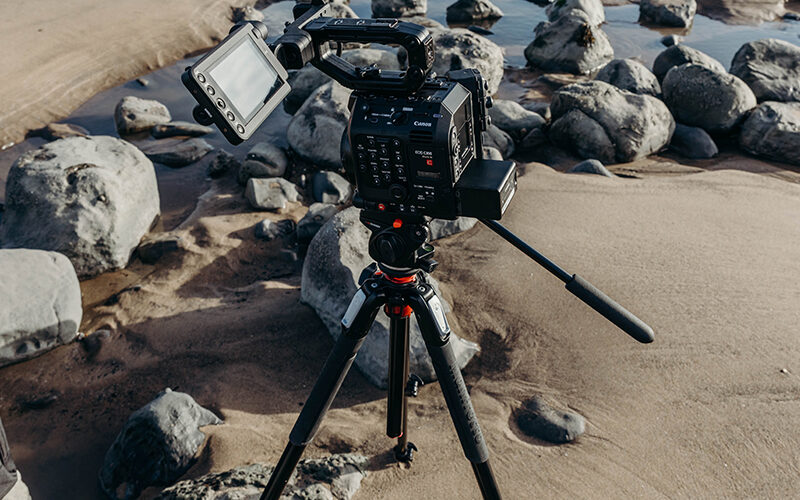